Friends only journal.
Comment to be added :) I usually always add back if you comment here. If you don't and that I don't know you from somewhere, I won't add back.

Just so there is no confusion, the friends only part is just for memes and my thoughts. All my fan arts will stay public.
Layout by

refuted.
Friends only banner by 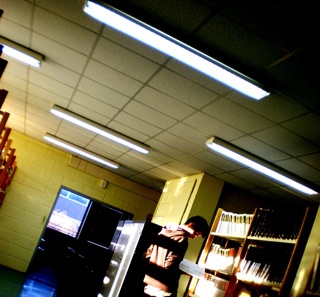 I'm really behind in posting recipes... I have three others I need to write and post. I'll try and get them ready this week-end, as I have a four day week-end (well almost, I'm working four hours on Sunday) because of the bank holidays.
Let's start with my second attempt on brioche.

Last time I tried brioche I kinda failed but I still really wanted to try and bake a brioche. This time I used a recipe from Les Gourmandises d'Elise and the brioche came out much better than my first try.

It's not yet the texture I would like to get, it's not airy enough, but it's much better and much closer to what I'm looking for.

In other news ( Collapse )

ivrien lj.
When you see this, post a poem on your LJ.

readtheworld, a book challenge community, which aims to read books from as many countries as possible in 365 days.